Bread of the dead, Mexican tradition.

Bread of the dead, Mexican tradition.

During the ''Day of the Dead'' this bread is considered a festive bread in Mexico and the most popular in its gastronomy. It is currently made from wheat, with a slight orange flavor and coated with sugar. It is commonly used as an offering on the altar of the dead on November 1st and 2nd. 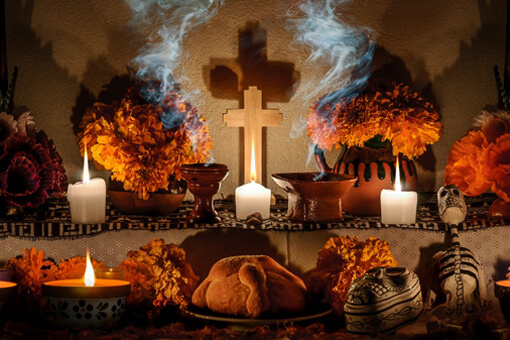 During the Spanish conquest rituals were performed where maidens were sacrificed to gods of the natives. During this ritual they took the maiden's heart put it in a pot with amaranth. The native who led the ritual had to know to bite the heart. This was made as an offering to their gods.

This bloody sacrifice did not seem appropriate to the Spanish so enventually it was replaced by a bread made with amaranth flour. This bread was chosen to symbolize death. They also added red sugar to symbolize the blood.

In the middle of the bread, there is a small circle representing the skull, from which springs four cinnamon lines (Aniba Canelilla) shaping and symbolizing human bones and positioned in the from of a cross. These also represent the four cardinal points; Quetzalcóalt, Huitzilopochtli, Tezcatlipoca and Xipetotec, representing their various gods. 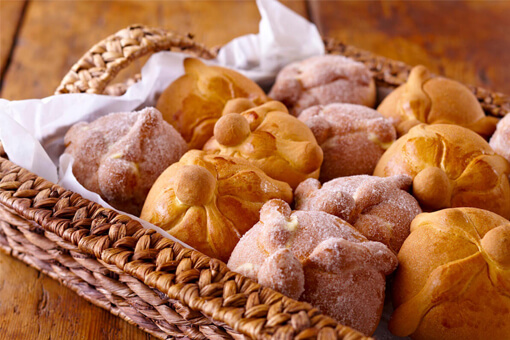 This is how the ''Bread of the Dead'' started, as a sacrifice and thanksgiving to their gods. Throughout the centuries, the bread of the dead has developed particularities depending on the región of the country. To this day, this bread is still prepared in local bakeries as well as industrial bakeries.

We can find them sprinkled with sugar or sesame, red colored, with decorations such as sparkles and even filled with cream, pastry cream, Nutella or chocolate. Let's not forget that the traditional bread is made with amaranth flour and sprinkled with sugar. 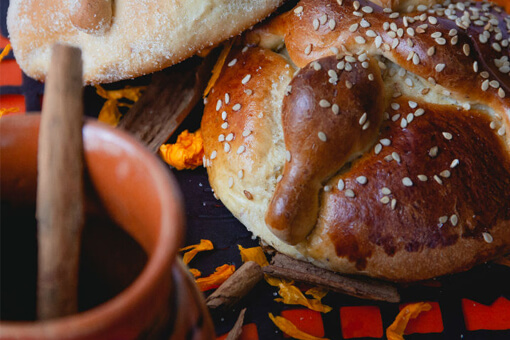 For example, in the State of Puebla, the bread of the dead is made of wheat and it is sprinkled with sesame seads. It is traditionally accompanied with a cup of hot chocolate or a cup of coffee.

Do not miss out trying out this delicious pastry with your cup of coffee! 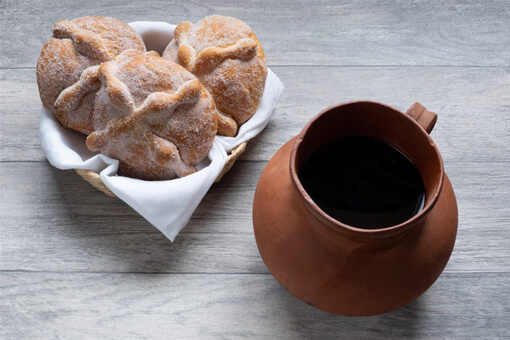